Designer Reet Aus is dedicated to slow fashion. Not only has Reet made her collections out of post-industrial leftovers for years now, but also developed the first upcycling certification in the textile industry, which enables the circulation of leftover materials back to production inside the same factory. But how did that happen?

In 1995, when Reet started her studies, the fashion design education in Estonia was more like art, installations were made, and Reet was into costume design and theatre, and there, her creativity blossomed. Later, as she returned to do her masters’ thesis, she was disappointed in the education, which had turned into industrial fashion design. The deeper she got into the industry, the more shocked she was by the over production and over consumption.

“It was exactly the opposite I wanted to do. For me, everything was wrong there.”

But then, Reet became interested in already existing materials and more specifically upcycling, a production method were only textile industry’s leftovers very used. And for sure, there are unused textiles enough since most mass-production manufacturers have approximately 18% of pre-consumer textile waste usually taken to landfills or burned. First, Reet started to design theatre costumes from leftovers, and slowly in her collections as well. In 2002, all her designs were produced from upcycled materials.

Over time, however, Reet got frustrated that what she was doing didn’t have enough impact. Her action was small, and while she turned one pair of jeans into fashion, 10 000 more were sold, and another 10 000 were thrown away. Also, her designs didn’t wake the interest of consumers.

“They didn’t understand at all what I was doing. The long period under the Soviet Union had just ended, and people had finally the possibility to consume. My concept, the upcycling method, was hard to understand as we’d just finished it. The other world was ahead of us,” Reet ponders.

Still, the designer was eager to find a way to change the mass production system from inside out. As she was interested in the impact clothes’ production had socially and environmentally, she started a documentary project in which she wanted to solve the origin of a pair of Zara jeans.

However, instead of revealing the origin of the jeans, Reet ended up with way bigger challenges. In Bangladesh, together with the owner of the gigantic company Beximco with over 42 000 workers, Reet began to figure out how they could bring the leftovers back to production, and how they could lower the environmental impact in the textile industry. She designed a collection from the post-industrial waste of Beximco, and realised upcycling could transform the textile and fashion industry and industrial waste could be dramatically reduced with clever design. Together they started also to develop a certification system for a Beximco production line. From all this, the documentary Out of Fashion tells about.

“My dream was happening – I started to make a small thing on a big scale. The story about fashion industry became a personal one too.”

After three years, a lot of money and time invested and numerous waste and environmental analysis made, the UPMADE® method was launched. It was the first upcycling certification in the textile industry, which could apply upcycling to mass production, and involves the complete lifecycle analysis of the garments. The method enables to circulate the leftover materials, such as roll ends, cutting leftovers and fabrics from overproduction or rejected, back to production inside the same factory.

Reet describes the scientific results of the method’s environmental impact is impressive. Together with environmental researcher Markus Vihma, they compared the mass-upcycling method with the standard method of clothing production between 2013-2016 and found out, for example, that instead of sending 18 188 pounds of textiles to landfills, they used them again. Each garment in Reet Aus collection saves on approximately 75% of water and 88% of energy.

In Beximco, one separate line is UPMADE® certified and at the moment, three factories, in Estonia, Bangladesh, and India, are UPMADE® certified to produce mass-upcycled products according to very strict guidelines. A fourth factory, in India, is currently going through certification.

Change has also happened in people’s minds. Now, Reet’s work is supported by the Estonian people, they understand her concept. She made a small thing grow big but stays modest, and the hard-working, research-orientated attitude of Reet is already looking for other options in the future.

“Upcycling is just one method. It is more like a tool changing things, but in the future, we should produce totally differently.” 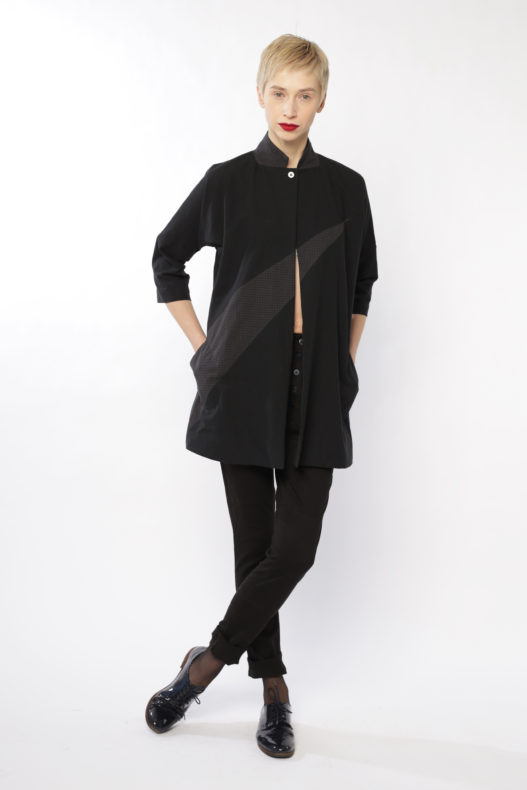